One of the most heard tip for every writer is to READ. Read, read and read. That is the only key to becoming a good writer. So today Team KC brings to you a list of top five recommended reads written by famous authors, on writing for writers. You can consider it to be your weekly dose of #WednesdayWisdom and #Writersmotivation, for us these book are our Holy Grail! We swear by them and cannot stop recommending it to every writer we come across. So without much ado, here’s the list:

Considered to be a masterclass in writing by the master story-teller himself this book is a MUST READ for all writers!

There is a reason why Stephen King is one of the bestselling writers in the world, ever. Described in the Guardian as ‘the most remarkable storyteller in modern American literature’, Stephen King writes books that draw you in and are impossible to put down. Part memoir, part master class by one of the bestselling authors of all time, this superb volume is a revealing and practical view of the writer’s craft, comprising the basic tools of the trade every writer must have. King’s advice is grounded in the vivid memories from childhood through his emergence as a writer, from his struggling early career to his widely reported, near-fatal accident in 1999 – and how the inextricable link between writing and living spurred his recovery.

Bird by Bird: Some Instructions on Life and Writing by Anne Lamott 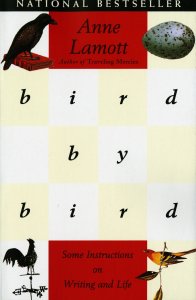 A practical, helpful and funny guide to the phenomenal world of writing, Bird by Bird by Anne Lamott is one of the least preachy and actually applicable guides to writing, getting published, and to life at large. The author shells out instances from her own personal experiences and wisely yet wittily touches upon almost all areas of a writer’s world.

The book is subsumed under the simple scene of the author’s brother having to submit a project on birds, for which he is burdened with a plethora of books for research, and is clueless about where to start. Their father then comes to the rescue asking him to go ‘bird by bird’. This is exactly how Lamott tries to explain to the reader about the intricacies of the writing scenario and about getting published eventually, the key to which is to take it gradually.

From touching upon the concept of writer’s block, to the feelings of jealousy in the writer, to going broke with each paragraph, Lamott does it all in a humorous fashion. Both practical and profound, Anne Lamott’s Bird by Bird is useful for any budding or aspiring writer because of its sheer simplicity and timelessness. Moreover, the author not only sketches the real picture of a writer’s world, but also draws on her experiences to talk about humanity and about valuable lessons learnt from her own life.

P.S: In other news, we gifted audio books of this title to our Newsletter Subscribers! Have you subscribed to our newsletter yet? Our next issue releases this week.

Zen in the art of writing by Ray Bradbury

Eleven essays discuss the joy of writing, the writing process, inspiration, creativity, and the circumstances surrounding the writing of several of his works

In 1982, having sold his jazz bar to devote himself to writing, Murakami began running to keep fit. A year later, he’d completed a solo course from Athens to Marathon, and now, after dozens of such races, he reflects upon the influence the sport has had on his life and on his writing.

Equal parts travelogue, training log, and reminiscence, this revealing memoir covers his four-month preparation for the 2005 New York City Marathon and settings ranging from Tokyo’s Jingu Gaien gardens, where he once shared the course with an Olympian, to the Charles River in Boston.

By turns funny and sobering, playful and philosophical, this is a must-read for fans of this masterful yet private writer as well as for the exploding population of athletes who find similar satisfaction in distance running.

The Elements of Style by Strunk and White

This book is considered the base for any writer’s monument of writing.

You know the authors’ names. You recognize the title. You’ve probably used this book yourself. This is The Elements of Style, the classic style manual, now in a fourth edition. A new Foreword by Roger Angell reminds readers that the advice of Strunk & White is as valuable today as when it was first offered.This book’s unique tone, wit and charm have conveyed the principles of English style to millions of readers. Use the fourth edition of “the little book” to make a big impact with writing.

How many of these have you read? Any ‘must-reads’ that you think we missed out in the list? Share your recommendations with us in comments or otherwise. Would love to do a feature on those titles too.