2019 has been a great year with so many wonderful titles that came out and went on to win some of the most prestigious literary awards. So here’s a list of the top 5 recommended reads in fiction released this year that Team KC thinks must be on your list.

A Year of Wednesdays by Sonia Bahl 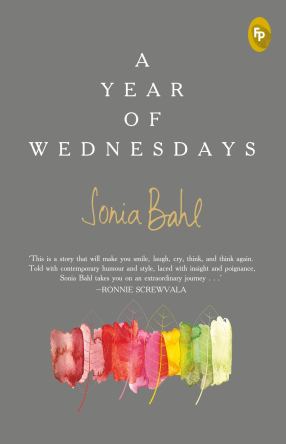 A flight from New Delhi to new York. Two strangers, seat 7A and seat 7B, who have nothing in common. Absolutely nothing. Except they are both hoping the seat next to theirs remains empty. It doesn’t. Mid-flight turbulence and infant incontinence forces them to interact—the cool wall Street guy and the mom-with-the-drool-stained-sweater-and-ordinary-aspirations. Blistering wit, opposing views, and some unexpectedly poignant admissions keep them addictive engaged and hopelessly sleep deprived through the fifteen-hour journey. Touch down… And they leave the cabin without a backward glance, jumping right back into their dramatically different lives. Never to meet again. But somehow they continue to travel together—interlocked forever through an inexplicable connectedness. Can one meeting change everything forever? The Japanese have a term for it: ichi-go ichi-e. One time, one encounter, lasts a lifetime.

Childhood allies Ira Kamat and Kartik Kini meet on the terrace of their building in Matunga, Mumbai. A meeting is in progress to decide the fate of the establishment and its residents. And the zeitgeist of the 1990s appears to have touched everyone and everything around them.

Ira is now a journalist on the civic beat, unearthing stories of corruption and indolence, and trying to push back memories of a lost love. Kartik works a corporate job with an MNC, and leads a secret, agonising, exhilarating second life. Between and around them throbs the living, beating heart of Mumbai, city of heaving inequities and limitless dreams.

The Far Field by Madhuri Vijay

Certain that the loss of her mother is somehow connected to the decade-old disappearance of Bashir Ahmed, a charming Kashmiri salesman who frequented her childhood home, she is determined to track him down. But as soon as Shalini arrives, she is confronted with the region’s politics, as well as the tangled history of the local family that takes her in. As life in the village turns volatile and old hatreds threaten to erupt into violence, Shalini finds herself forced to make a series of choices that could have dangerous repercussions for the people she has come to love. With rare acumen and evocative prose, in The Far Field Madhuri Vijay gives a potent critique of Indian politics and class prejudice through the lens of a guileless outsider, while also offering up a profound meditation on grief, guilt and the limits of compassion.

A Patchwork Family by Mukta Sathe 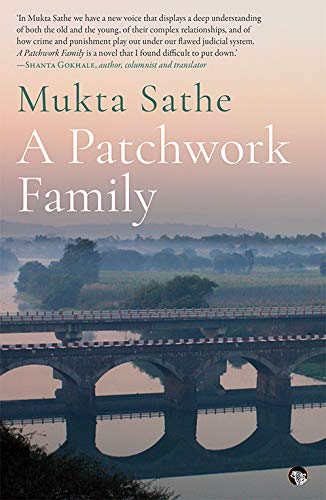 ‘In Mukta Sathe we have a new voice that displays a deep understanding of both the old and the young, of their complex relationships, and of how crime and punishment play out under our flawed judicial system. A Patchwork Family is a novel that I found difficult to put down.’ —Shanta Gokhale, author, columnist and translator Young and idealistic, Janaki is eager to serve the cause of justice as a lawyer. Her only confidant is Ajoba, an elderly friend of her grandfather’s, who supported her throughout her childhood. They are unrelated by blood or marriage ties, but they have both lost their own families. So together, they struggle to create a family, patched together perhaps, but stronger for it.

As this gripping novel unfolds, the two characters in turn tell the traumatic story of how they came together: how Janaki being the eyewitness to a gruesome crime led to years of court cases and police investigations; the toll it took on the members of her immediate family; the ways in which Ajoba and Janaki each overcome their immediate prejudices to connect with each other; and the impact of the judicial system’s vagaries on each of their worldviews. Written in spare, unadorned and confident prose, A Patchwork Family is a debut novel of unusual wisdom and maturity 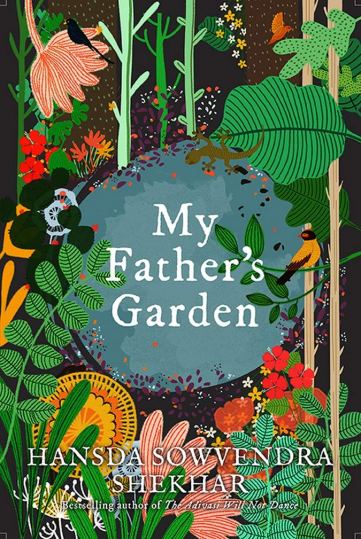 “Spanning half a life, My Father’s Garden tells the story of a young doctor—the unnamed narrator—as he negotiates love and sexuality, his need for companionship, and the burdens of memory and familial expectation. The opening section, ‘Lover’, finds him studying medicine in Jamshedpur. At college, he discovers an all-consuming passion for Samir, a junior, who possesses his body, mind and heart. Yet, on their last morning together, when he asks Samir to kiss him goodbye, his lover tells him, ‘A kiss is only for someone special.’

In ‘Friend’, the young doctor, escaping heartbreak, finds relief in Pakur where he strikes up an unusual friendship with Bada Babu, the head clerk of the hospital where he is posted. In Bada Babu’s house, they indulge a shared love for drink, delicious food and convivial company. But when government bulldozers arrive to tear down the neighbourhood, and Bada Babu’s house, the young doctor uncovers a sordid tale of apathy and exploitation—and a side to his new friend that leaves him disillusioned. And in ‘Father’, unable, ultimately, to flee the pain, the young doctor takes refuge in his parents’ home in Ghatsila.

As he heals, he reflects on his father—once a vital man who had phenomenal success at work and in Adivasi politics, then an equally precipitous downfall—and wonders if his obsessive gardening has anything to do with the choices his son has made. Written with deep empathy and searing emotional intensity, and in the clear, unaffected prose that is the hallmark of Hansda Sowvendra Shekhar’s style, My Father’s Garden marks a major talent of Indian fiction writing at the top of his form.”

How many have you read from this list? Any personal favourites that we might have missed out? Let us know in comments below!