It’s September 2015 and Moscow is witnessing its warmest autumn in living memory. Svitlana Khristenko, a patriotic Ukrainian with dual Russian-Ukrainian citizenship, chooses to live in Moscow, despite her conflicting loyalties. The never-ending political tensions between Svitlana’s two countries have created serious divisions in Moscow’s society with clear labels being assigned to those who choose a side. Despite her strong political views, all Svitlana wants is to adjust to the changes caused by a topsy-turvy Russian economy, while providing her daughter a good life.

Witness life unfold through the eyes of a single mother.

Experience the magic of friendship and family.

Realise the true meaning of living life to the fullest.

Taking us through the city of Moscow and its residents, author Ajay Kamalakaran gives you a glimpse of life in that city amid the socio-political changes that the country goes through. Though the cover is subtle, it speaks volumes about the writing and the storytelling within. Both of which are subtle, and yet at the same time, extremely enticing. A short and quick read, A Week in Svitlana’s life is as the name suggests, a week through her life in Moscow and goes day wise, taking us through the happenings day by day.

Written from the point of view of Svitlana, she is the main protagonist whose life story with its interesting aspects makes the reader sit up and take notice of how rapidly things are changing and yet when you want to think of progress, you still have more questions than answers with you. Svitlana comes across as an extremely interesting and relatable character in the story. Everything about her is, including the friends she has, the struggles as a single mother, the inability to find a stable job with decent income and the desire to marry a man who would take care of her needs forever – are extremely relatable. Well, it is interesting to know that women in Russia also harbour similar thoughts as ours and consider marriage and children to the ultimate goal for a woman compared to a career.

In the first chapter itself we are introduced to a majority of the secondary characters that play an important part in the narrative. Each one of them stands out for their unique characterization and the way they help in progressing the story rather than just being a part of the crowded narrative. We are also shown a glimpse of the many challenges Svitlana faces in her life, be it personal or professional. In a way, it all sets the scene for us and also prepares us for what to expect next in the story. It is akin to the instruction booklet you are given before you embark on a DIY mission. As you put together piece after piece you are awestruck at all that is revealed throughout the story.

Svitlana has a dual citizenship, being a Ukrainian-Russian. So when the political scenario between these countries changes, she witnesses a sea change in people’s attitude towards her. Again, this is so relatable given what we as a country share with our neighbours and how our opinion about people changes basis their citizenship, religion or political beliefs. In a fast changing world that is biased towards your political ideologies, it is not surprising to read about the challenges that Svitlana faces for being vocal about her opinions and the indifference of the current government towards the downtrodden and less fortunate. 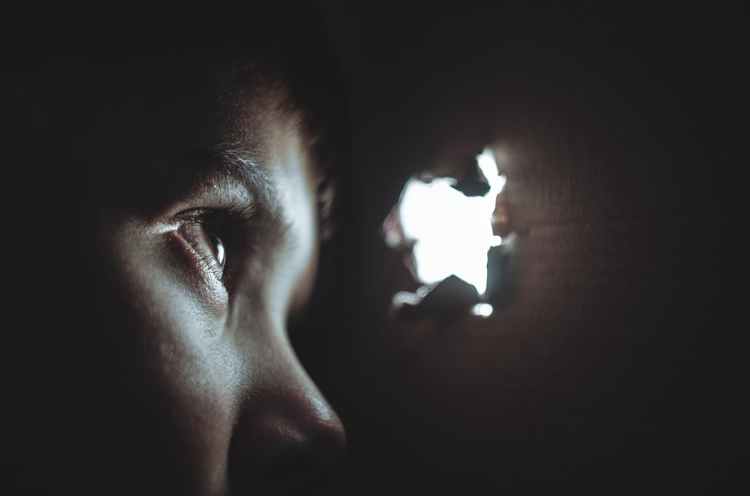 In quite a contrast, she seems such a different person when she is at home with her child or even when she is alone. The Svitlana we meet there is a dreamer, an artist and a homely person. While at her work place, Svitlana is aggressive , ambitious and someone who is keen to take the escalator to growth instead of the stairs. The writing of the author, with such stark contrasts in the character, is remarkable. There is not one scene where she seems off the mark or different from the initial charactersketch we are presented with.

Kamalakaran seems to be a natural at descriptions as he makes the lanes, roads, traffic jams and the parks of Moscow come alive in this words. Moreover, due to his personal experiences of living there and being a part of the social circle first hand, his observations come across as more accurate and intriguing. One cannot ignore the many relevant topics and questions raised by the author as a part of the narrative which leaves the reader thinking about the current socio-political conditions across the globe.

Grab your copy from Amazon NOW

Book Reviewed by Shayara as a part of Team Keemiya’s Book Review program.

Shayara is a Literature student pursuing her Masters currently. She loves a good story in any form is always looking out for them around her. Shayara dreams of writing a swan song one day when the world seems to be running out of magic, with the hope that stories will spread magic, love and joy all around.